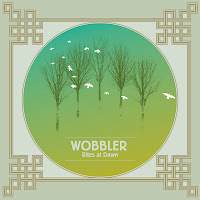 In a time when progressive rock is experiencing a strong renaissance, and countless bands namedrop the genre, it is ironic that not a single contemporary band has so far managed to recapture the thrill and excitement '70s teenagers experienced when the first thundering Rickenbacker notes and mellotron washes hit them as they drooled over Roger Dean gatefolds back in the day. Maybe it has to be that way. You can only hear Close to the Edge or Brain Salad Surgery for the first time once, and 1970something is a long time ago.

The whole proposition of a resurgent progressive movement in music is a troublesome one. Since prog has solidified into a genre since the early '70s heydays, don't you have to play by the rules of that genre to properly be "prog"? But if you play by the rules, are you truly progressive? It's all a big one-hand-clap, a conundrum wrapped in an endless enigma.

Norway's kings of symphonic prog, Wobbler, arrogantly sidestep the whole debate of "prog" versus progressive. Since it's dubious whether rock has anywhere left to progress anyway, they have instead chosen simply to celebrate the rainbow-colored fireworks, the airy-fairy themes, the danger and the drama and the joy of pure music that made prog what it really was, and still can be: An exhilarating musical spectacle, a gladiator match of major chord crescendos and mini-moog glissandos.

Wobbler's third album, Rites at Dawn, is a case in point. It's a no-holds-barred declaration of love to the progressive giants. It's all here - Lars Fredrik Frøislie's overblown arsenal of every analog synth known to man, played with Wakemanesque flair and Emersonian hubris. Andreas Prestmo's soaring vocals, delivering at times delicate, fragile melodies and at times joyous, triumphant multi-part harmonies that would make CSN proud. The vibrant, stinging guitar of Morten Eriksen, the - you guessed it - thundering Rickenbacker bass of Kristian Hultgren, and finally Martin Kneppen's drumming, which manages that neat and esoteric 70's trick of making even impossible time signatures swing and swagger.

Rites at Dawn is a major step forward for Wobbler. As songwriters they have matured. Even though the music is as complex as ever, it flows and breathes in a whole new way, and the addition of Andreas' vocals adds a very human, and dare we say emotional, element to the songs. The album somehow pulls off being both challenging and adventurous, but at the same time accessible and downright infectious. Even though this is the kind of prog connoisseurs will stroke their beards appreciatively to, it is also prog their girlfriends will like. And you really can't ask for more than that.