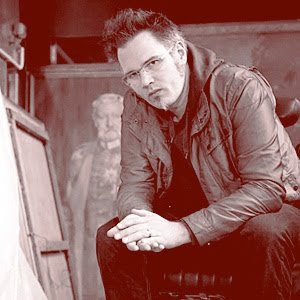 Producer, musician, composer and sound designer Markus Reuter has just released the first performance of his contemporary classical piece ‘Todmorden 513’. The piece is an algorithmic composition for live instruments and electronics. This recording of the piece is available for digital download (and on CD, see below) at http://www.markusreuter.com.

‘Todmorden 513’ is an hour-long composition based on a cycle of 513 evenly spaced chords that were strictly derived from systematic combinations of pitches and recursive definition (i.e. the repeated application of a set of rules).

As Henry Warwick explains in the liner notes, “It is a continuous movement and sequence of five hundred and thirteen harmonies and triads generated by a combinatorial compositional technique of Reuter's own design.

The notes of each harmony or triad is then fed back into the same algorithm, resulting in a progression of chords and note clusters of highly varied density, ranging from simple two note harmonies to dense twelve note chords spread across several octaves. Starting on an A flat, the sequences of pitches form a kind of melodic or thematic line throughout. The rhythms of the performing instrumental trios and quartets were derived from the chord sequences themselves, which were looped across the whole piece, mapped to the notes of each chord, then mixed together. From there it was split into three or four independent voices respectively. The result is a shifting set of harmonic densities -- at times quite spare -- ranging from a harmony of two instruments to other moments of thick and lush instrumentation."

Critically acclaimed composer Nik Bärtsch says of the piece, "The composition sounds like a totally liberated Richard Wagner after an intense week of meditation in a space station behind Mars in the year 2050."

This performance of ‘Todmorden 513’ features a string and recorder ensemble and is intended as a starting point as Reuter intends for many more performances of the work in the future.

Todmorden 513 is also an experiment in distribution: for a minimum price of 4 EUR for the download from Bandcamp, a CD hardcopy (signed if requested) will be sent to the buyer. The small cost covers shipping and handling of the CD to anywhere in the world.